In May 2015, Marketplace Events held its annual corporate meeting in sunny Palm Springs, California. This year's meeting was jam-packed with ideas on how to become a cross-selling superstar, marketing and sponsorship best practices, and systems to improve day to day operations. We even invited some of our valued exhibitors for a candid Q&A session on how we as a company could improve future events. 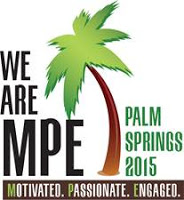 One of the highlights of our meeting was the MPE Amazing Race. A few hours of highly competitive team building as the entire company fought to complete a series of fun and quirky tasks -- like eating insects and candy. Lots and lots of candy. Scattered around the hotel (both inside and out) the race was truly on as teams did their utmost to be first at the finish line.

The entire company was also invited to conquer their fears and ride the Palm Springs Aerial Tramway, the world's largest rotating tramcar. At an elevation of 8,516 feet above sea level, after a 10 minute ride up the sheer cliffs of Chino Canyon, a lovely dinner awaited us. 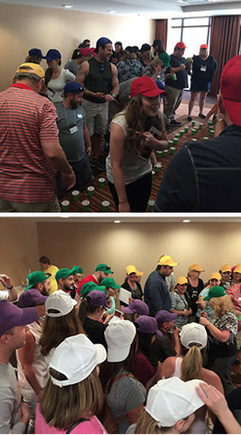 Highest Sales by an Exhibit Sales Consultant above Sales Target

Highest Sales by a Show Team above Sales Target

Congratulations to all our award winners!

This is an excellent show. There were lines of people at my checkout counter each day. We love to do this show. This was our best show ever - and we participate in approximately 15 shows a year.
Vicki Stobbe, Main Street Company
MAIN STREET COMPANY